Language situation in Ukraine in 2020 and beyond

Ukraine is a bilingual country with Ukrainian and Russian as the two widely used languages. If Ukrainian is the only official state language, why do people speak Russian in Ukraine? How many people consider Ukrainian as their native language? Why do you hear more Russian in Kyiv than Ukrainian?

The language situation in Ukraine is probably more complicated than Ukrainian grammar. To understand it better, let’s first have a look at Ukraine’s past, then see the statistics of modern days to try to peek into the future.

Language situation in Ukraine: The Past 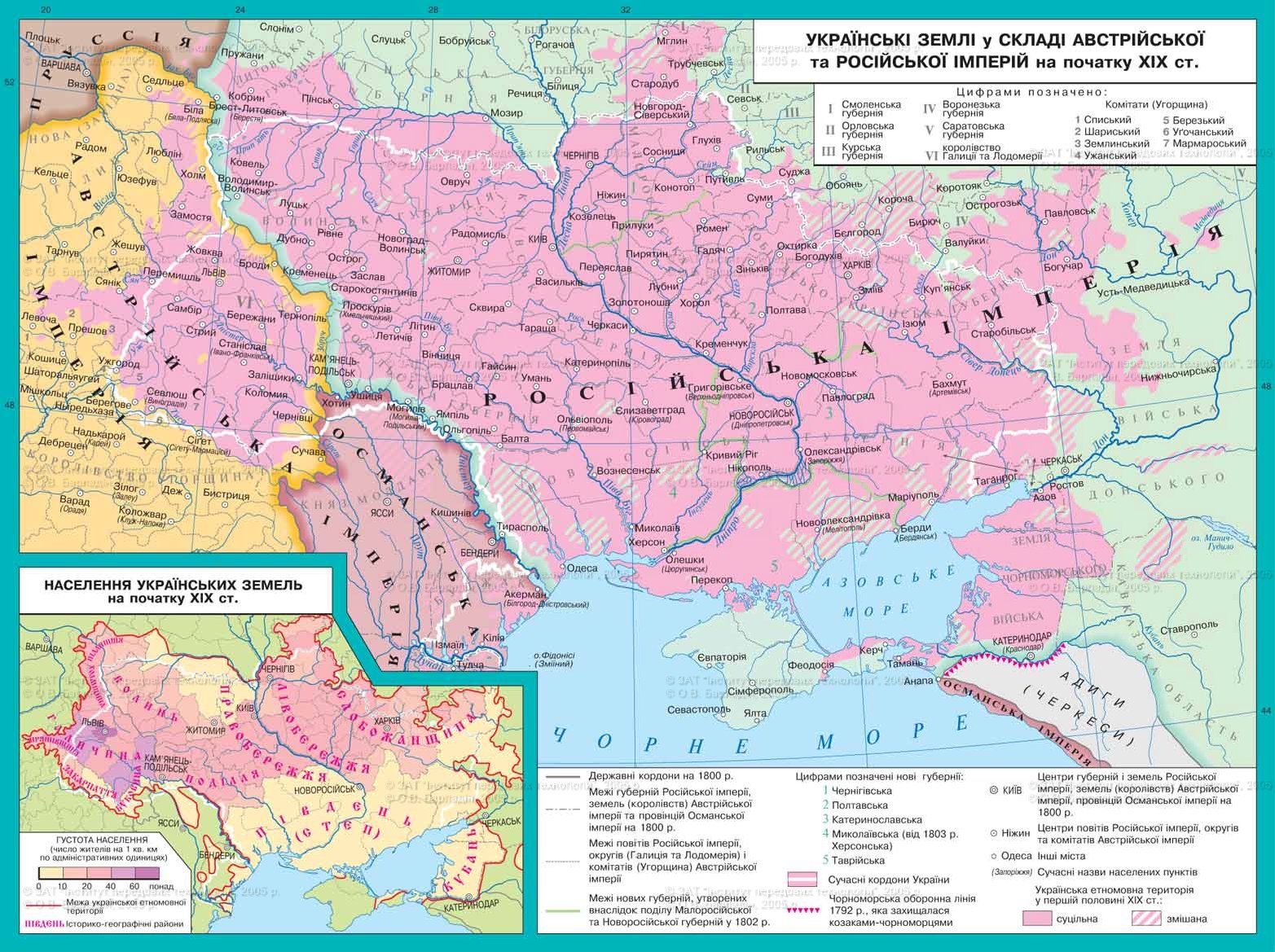 Ukraine in the Російська імперія (Russian empire) at the beginning of the 19th century. Pink areas represent where Ukrainians lived.

The imperialistic language policy of the Russian Empire escalated in the 19th century when several decrees were issued to ban the Ukrainian language from public use, e.g. the Valuev Circular (1863) that banned the use of Ukrainian spiritual and educational literature or Alexander II’s Ems decree (1876) that banned the printing and import of any Ukrainian literature, stage performances, and Ukrainian lyrics in folk songs.

Back then, Ukrainians were mostly living in villages or smaller towns. For example, in 1897, Kyiv’s population was comprised mostly of Russians (about 54%) with only 22% Ukrainians, 12% Jews, and 8% Poles. As a result, Kyiv was developing as a Russian-speaking city. Then, due to the industrial revolution, more people started to come from the villages and small towns, and the number of Ukrainians in Kyiv was constantly growing in the XXth century 1Sokolova S. (2013). Основні типи мовної поведінки киян (за даними анкетування) (The main types of Kyiv residents linguistic behavior according to questioning). Українська Мова, (2), 38–55. Retrieved from http://www1.nas.gov.ua/institutes/ium/Structure/Departments/Department5/soc_staff/Documents/Sokolova-osnovni-typy-movnoji-povedinky-kyjan.pdf. However, the influence of the well-established Russian language was, obviously, very significant. 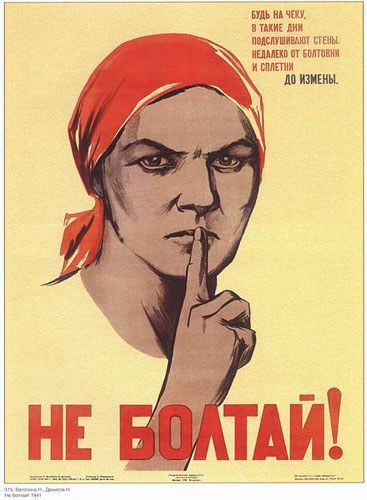 Soviet poster “Не болтай!” – Don’t talk, keep it to yourself

During the times of the USSR (1922-1991), the Ukrainian language was not banned like it was in the 19th century, but it was gradually and intentionally being merged with Russian.

According to Professor Larysa Masenko, a sociolinguist from Kyiv-Mohyla University, the language policy of the USSR aimed to remove the differences between different nationalities with Russian as the main language of cross-national communication. Some examples of russification include:

As a result, the Ukrainian language has lost many of its own words and some grammar forms, including words with the letter ґ (автоґраф) and the ending -и instead of -і for the genitive of feminine nouns (без любови).

Another effect of this policy was the spreading of суржик (surzhyk) – mixing Russian words and grammatical forms into Ukrainian speech – which is considered to be low-quality Ukrainian.

The most crucial result of both the Russian Empire and USSR interference is that many Ukrainians switched to Russian as the language of their daily communication, even their native language.

Language situation in Ukraine: The Present

Due to the complicated centuries-long process toward independence, Ukraine is now a bilingual country with most of its citizens being bilingual too. However, most Ukrainians only choose one language as their native one.

According to the Razumkov Center poll in early 2017, more than two thirds of Ukrainian citizens (68%) consider only Ukrainian as their native language. The survey was held in all the regions of Ukraine except for the occupied territories.

Which language is your native language?

On the left of the image you can see the general answers to the question “Which language is your native language?” The results are the following:

On the right of the image, you can see how the statistics change according to the regions and nationalities:

Donbas (parts of the Donetsk and Luhansk regions)

So, as you can see, Ukrainian strongly dominates in the western regions, while in Eastern and Southern Ukraine more people speak Russian than Ukrainian.

It is not only about the regions however. Generally, the Russian language dominates in big cities and industrial centers (except for the ones in Western Ukraine), while Ukrainian dominates in villages.

Lastly, in the bilingual environment, Ukrainians often choose the language according to the type of situation. With the help of another survey from First ranking system, in early 2017, 60% of Ukrainians agree that the Ukrainian language is used for formal communication (state institutions, schools). On the other hand, about 40% of Ukrainians say they hear Ukrainian in shops, cafes, public transport, with family and friends. 3Matveyeva N. (2017). Сучасна мовна ситуація (на матеріалі масового опитування 2017 року)(Modern language situation on the basis of the 2017 survey). Мова: Класичне – Модерне – Постмодерне, 3, 52–59. Retrieved from http://ekmair.ukma.edu.ua/handle/123456789/12643

As you can see, it’s difficult to generalize the language situation in Ukraine based only on one factor. People will speak either Ukrainian or Russian depending on:

However, it becomes even more confusing fact from a foreigner’s point of view – different people in Ukraine just have different personal preferences to the languages they choose to communicate with.

According to a survey from 2017, when talking to a Ukrainian speaker:

When talking to a Russian speaker:

If the numbers have confused you more than clarified, here are three different language portraits of my friends. All three of them live in Kyiv. They are in their 20s.

Language portraits of three young people who live in Kyiv

Ivanka was born in Rivne oblast (Western Ukraine). She moved to Kyiv as a student where she has been living for 10 years now. Ivanka speaks only Ukrainian to Ukrainians. If she is talking to a Russian-speaking person, especially in Kyiv, she will be speaking Ukrainian while the other person will speak Russian. They will understand each other perfectly and it won’t be weird at all. Some of Ivanka’s close friends are Russian-speakers. 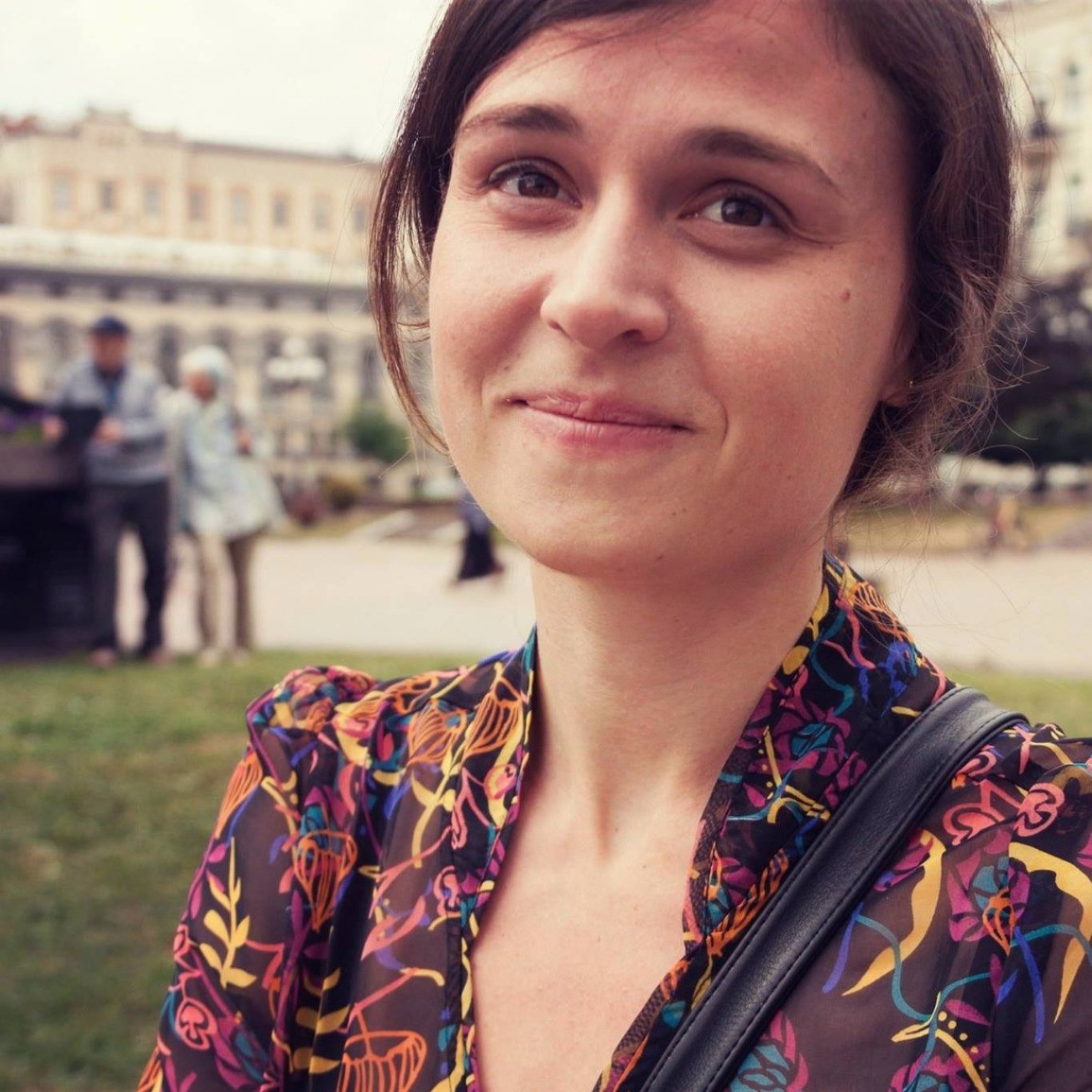 Daria was born in Kyiv, in a Ukrainian-speaking family. Most of her friends at school were Russian-speaking so she grew up as a bilingual person. However, Ukrainian is her native language. She speaks Ukrainian in most situations but will switches to Russian when talking to her Russian-speaking friends. It is not a problem for her, as she speaks both languages fluently.

Dasha was born in Lithuania and spent her childhood in Slavutych (150 km north of Kyiv) and moved to Kyiv to study. She learned Ukrainian at school but she is not confident enough to use it on a daily basis. Russian is her native language and all her family members speak it too. Dasha almost always speaks Russian, even if she is talking to a Ukrainian speaker. It doesn’t bother them; it’s just easier this way. Ukrainian is her second language. She easily speaks it when she travels to Western Ukraine or talks to a Ukrainian speaker she has not met before.

While Kyiv is a melting pot of Ukrainians from all around, the language differences are more contrasting in the regions. In Western Ukraine, it is not common to hear Russian, while on the East and South (especially in the cities), a Ukrainian speaker will probably become the center of attention.

As we have seen in the first part of the article, there are historical reasons for this, but it is also fair to say that modern Ukrainians are not guilty of which language they speak – they didn’t choose it when they were kids. And for some people, it’s not that easy to make a switch as adults.

Language situation in Ukraine: The Future

Looking into the future, Ukraine as a sovereign country will probably move more towards the Ukrainian language. This can become possible with the combination of appropriate language policy and changes to the people’s state of mind.

The Revolution of Dignity in 2013-14 (also known as “Euromaidan”) has already improved the attitude towards the Ukrainian language, especially among youth. 72% of students of Kyiv’s three leading universities believe that the Ukrainian language became more prestigious after the events of 2013-2014. 5Matveyeva N. (2017). Сучасна мовна ситуація (на матеріалі масового опитування 2017 року)(Modern language situation on the basis of the 2017 survey). Мова: Класичне – Модерне – Постмодерне, 3, 52–59. Retrieved from http://ekmair.ukma.edu.ua/handle/123456789/12643

This year as well, Ukraine took another important step towards strengthening the position of the Ukrainian language. The new Language Law, adopted by Petro Poroshenko and approved by Ukrainian Parliament on the 25th of April, 2019, ensures Ukrainian to be used in media (including the Internet), in all public and governing institutions, schools, service industries, etc.

All in all, the language situation in Ukraine as a post-dependent and post-Soviet country is not easy, but it makes us who we are as a nation today. A group of Ukrainians may use two languages in one conversation, but as long we have mutual understanding, we will be fine.

Now when you know the language situation in Ukraine, would you like to learn Ukrainian? Check our Ukrainian Lessons Podcast! It’s a free series of audio lessons that take you step by step through your Ukrainian language journey!